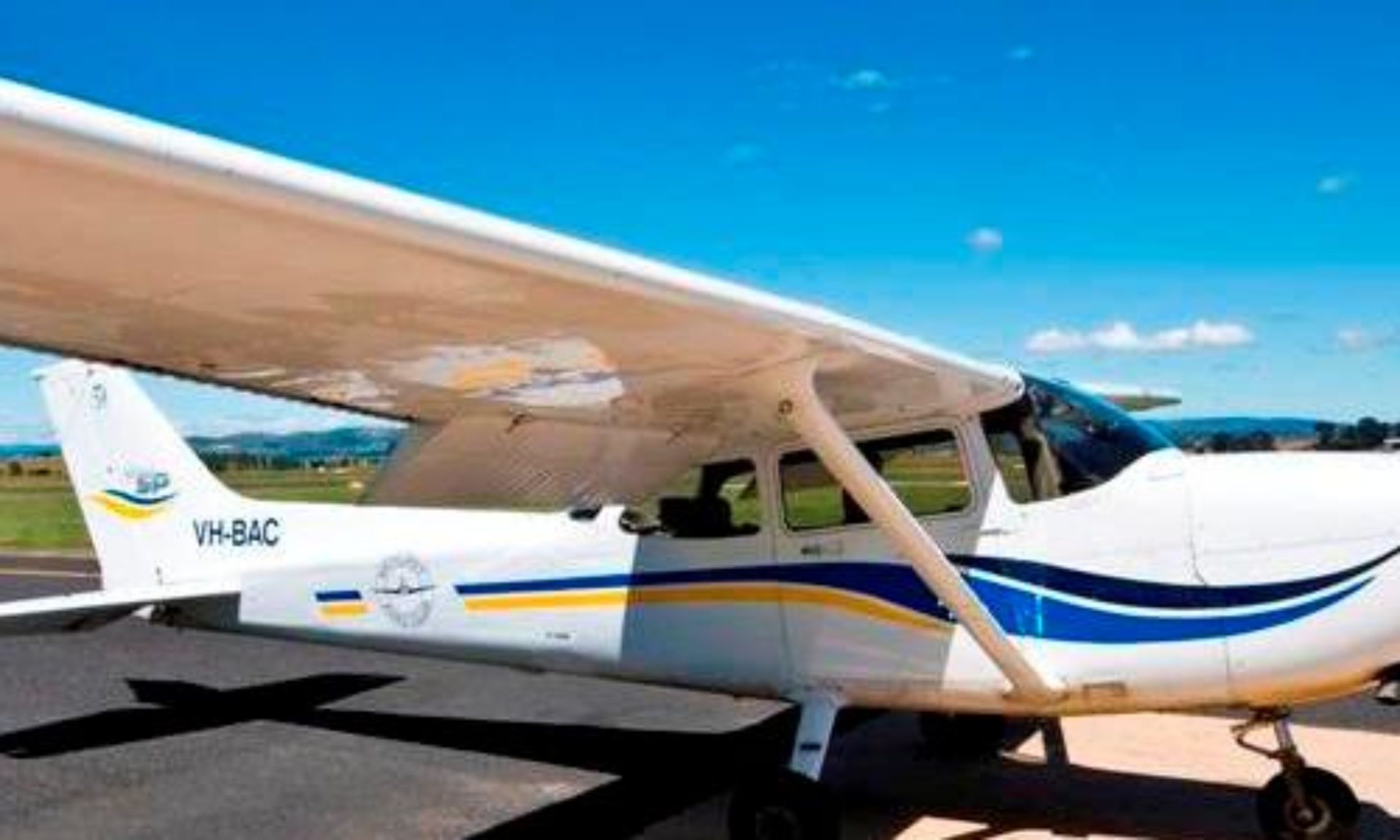 It is powered by a 180 horsepower, fuel injected engine and has a fixed pitch 2 blade propeller. It is equipped with two communications radios and two VOR navigation radios. It has a GPS, an ADF, an ADS-B transponder, single axis autopilot, and a built-in 406 Mhz emergency beacon. The aircraft is rated for VFR, including NVFR flight, and IFR flight when the GPS database is current.

BAC can be hired only by Bathurst Aero Club members who have also signed the aircraft hire agreement.

Before flying the aircraft a pilot in command must ensure they have their flight licence and medical up-to-date and must have done three (3) take off and landings, in VH-BAC, in the previous 60 days. If you wish to hire the aircraft but cannot fullfil the currency requirements you should contact the club, (see Contact Us for Jerry Trevor-Jones’ numbers and email address).

The aircraft must be booked before being flown. This can be done, by members, on the online booking system on this website. A username and password is required, which will be provided to members.

Collecting the Aircraft from the Hangar
VH-BAC is hangared in the club’s hangar, which is locked and can be accessed only by those who have been informed of the lock combination code. It is officially placed in the centre of the floor directly across from the front door. This makes it easy to access but some care must be taken when wheeling the aircraft out. Once a steering stick has been attached to the front wheel the aircraft can be pushed back. It is important to make sure no other aircraft are in the way before doing this, and that the wings or tail of VH-BAC will not touch anything as the aircraft is moved. It is best if two people can do this operation together; one to do the pushing and the other to keep an eye out for obstructions. Make absolutely sure that both hangar doors are completely open too, as the wingspan only just fits through!

As you push the aircraft backwards out of the hangar, be very careful not to jag the elevator on the ground as you roll down the hill. Many members actually remove the gust lock inside the aircraft and hold out the control column with the passenger seat belt so that the elevator is angled up and out of the way. This helps avoid jagging it.

Returning the aircraft to the Hangar
When returned, the aircraft should be parked and shut down outside and before the hangar holding point. It is even better if it is stopped a few meters away from this closest legal location. The electric tow machine can then be used to tug the aircraft back up the slope and into the hangar. A separate document covers the use of the electric tow. [link soon]. Make sure BAC is parked inside the hangar close to the far wall and directly in the middle of the hangar, where it was when collected. Of course be sure again that the hangar doors are fully open and no other aircraft are in the way before hauling it into the hangar.

How should you leave it?
VH-BAC is a shared resource. It should be left ready for its next use. Please make sure the pittot tube cover is on, the bird bungs are in, the throttle lock is set, the seat belts are done up, the gust/control lock is in place and the chocks are placed on the front wheel.

There are two digital ‘clocks’ or meters on the right-hand-side of the instrument panel which must be read and their values recorded after each flight. One is the maintenance meter, whose value must be written into the maintenance release and the other is the ‘hobbs’ meter whose value must go into the club’s flying book. Members are charged on the time recorded on the hobbs flying meter, which is the actual engine run time.

Lock the aeroplane and put the keys inside the folder with the maintenance release and the flying book.

If you have time and once the paperwork is complete it would be much appreciated if you would wash the insects and marks off the aircraft, especially from the wing leading edge and the front of the engine cowling. Also carefully wash and clean the windshield. There is water available in the hangar and sponges, cloths and buckets are also available there.